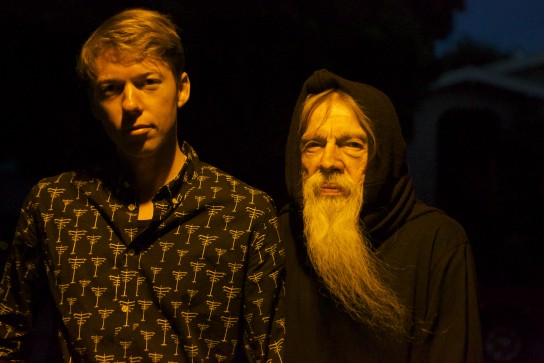 It don’t mean a thing,
and it ain’t got that swing

In 2006, the Danish journalist Ib Skovgaard emailed his friend Torben Ulrich in Seattle to recommend he stop by the Seattle tavern The Tractor to see and hear the group Emil de Waal+ and meet Søren Kjærgaard.

That first meeting lit a spark and the ensuing friendship led to S.K.’s return to Seattle in 2007 to record together, using songlines Torben Ulrich wrote for the occasion. A third trip brought the mixing and mastering. The resulting album, “Suddenly, Sound: 21 songlines for piano, drainpipe, etc.,” was released March 9, 2009, in Copenhagen, followed by a tour of Denmark.

S.K. returned to Seattle in January 2010 to record with T.U. for a second album, “Alphabet, Peaceful, Diminished: 21 Proposals from the Towers of Babble”, released in September 2010, followed by another tour of Denmark.

On their 2009 album, “Suddenly, Sound: 21 songlines for piano, drainpipe, etc.”, and subsequent tour, the Danish pair worked with the five sonic elements: sound, line, pulse, silence and space — along with suddenness, inspired by the Armenian teacher Gurdjieff’s way of shouting things to a sudden halt, stopping one’s habitual train of motion, its freezing as well as its subsequent freeing up.

“Alphabet, Peaceful, Diminished”, is in many ways a continuation of this practice, but in a more radicalized form, converging the two fields of asemic and atonal play, with regards to Arnold Schoenberg, Yusef Lateef, Kurt Schwitters and the dadaists.

Read more about the two albums in the Discography.