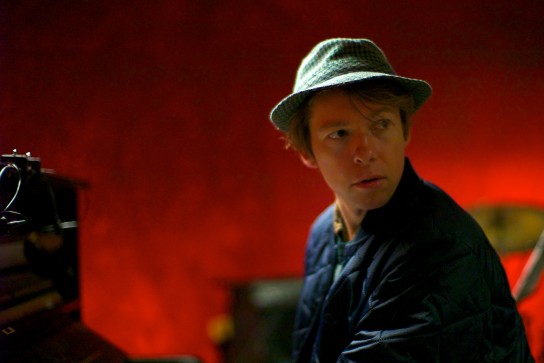 S.K.’s work as a soloist has varied from performances on conventional pianos to experiments with acoustic piano preparations and electronically treated sounds, often letting the different approaches merge in an open sonic field.

Currently, S.K. is working on a solo project entitled WEAVER, that looks into various aspects of inter-wovenness in piano playing: both in terms of the body-instrumental co-ordination (footwork-pedals, left and right hand-registers etc.) and the interweaving of sonic elements; of sounds, lines, pulses, silences and so on.

From the upcoming album

”His closing improvisation turned into one of the most memorable of this year’s festival as he suddenly was accompanied by and battled with the minutes-long 5 o’clock church tower bells just above him, which he turned the tables on at a point by accompanying the bells’ tones! Without pause it was seemingly Kjaergaard who instigated the interaction, as if he knew exactly what time it was seconds before the clock struck five. The loud resonating chimes of the church bell became a living, breathing musician and of course the timekeeper of the two. It was a fabulous musical discussion and added a nice interactive element from the otherwise solid solo set.” – Laurance Donahue Green, All About Jazz