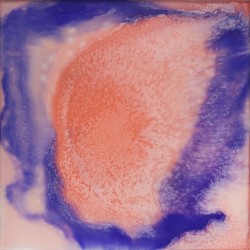 WEAVER is a solo album that looks into various modes of weaving within piano playing, both sonically and physically.

A key inspiration has been how the work of a weaver is slowly unfolding through a patient, repetitious activity. In a pianistic perspective, the player is a weaver of sounds and silences: of frequencies, timbres, durations and intensities, both in the sculpting of the very sound itself and in the way the open forms are created by continuity.

WEAVER was performed on the legendary Bachauer Steinway D piano and recorded at Avatar Studios in New York with sound engineer James Farber behind the board. Mastered by Mark Wilder at Battery Studios in NYC and cut to lacquer by vinyl-wizard LUPO in Berlin. The album is released digitally and on a 12-inch 45 RPM vinyl that captures the wide sonic spectrum of the piano and the performance.