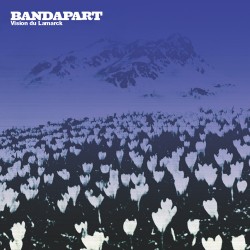 Bandapart’s second album “Vision du Lamarck” was recorded at the legendary Varispeed Studio in Sweden. The compositions and arrangements were done by SK while staying in Mont Martre in Paris in the autumn of 2005. Vision du Lamarck is an ambitious work that feature additional strings, horns and multiple layers of guitars, keyboards and effects.